This article about preventing climbing accidents is part of the book - The Trad Climber's Guide To Problem Solving.

The vast majority of climbing accidents are preventable. They typically happen due to a series of bad choices. A single bad decision is often not a problem – if you realize it straight away and can do something about it. The problem begins when you allow your bad decision to lead onto another, and another. When combined, these decisions can result in disaster.

In the summer of 2010, I decided to rope solo a long multi-pitch in Yosemite, California. I chose to use two ropes; a lead rope to belay myself with and a haul rope to pull up a haulbag containing my food, water and other equipment. I’d practised this self-belaying system before, but I didn’t have time to become competent at it before the climb (first bad decision). 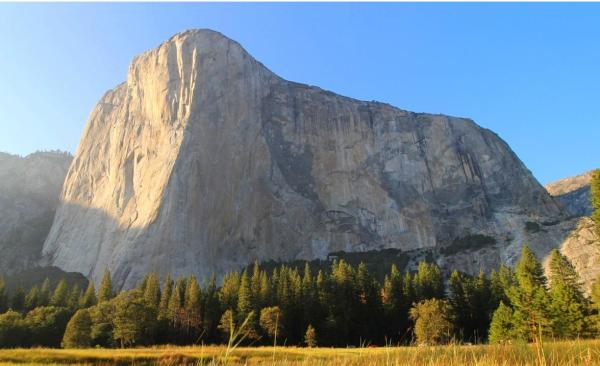 I knew the theories of self-rescue, but I hadn’t actually practised the techniques in real life (second bad decision). In Yosemite, the temperature was a blistering 100°F and forecast to stay that way for the duration of my climb. My chosen route was in direct sunlight all day, but I decided to climb it anyway (third bad decision). Despite knowing how much water I should bring, I decided to save weight and bring less (fourth bad decision), thinking that I would somehow just be able to climb faster.

I eventually ran out of water, of course, still with many pitches above. The combined effect of my four bad decisions had left me exhausted, dehydrated and completely uncertain that I’d actually be able to retreat to the ground by myself. My mouth was so dry it felt like I was constantly inhaling boiling sand. This caused me to make my fifth bad decision – to rush upwards as fast as I could, placing minimal gear and taking massive risks.

And that’s when it all went wrong.

My haulbag was stuck, 30 meters below. I had to abseil down to dislodge it.

I would just be able to reach by abseiling on the other side of my 60 meter haul rope. Due to some combination of fear, delusion and panic caused by my five previous bad decisions, I neglected to use my other rope as a back-up. 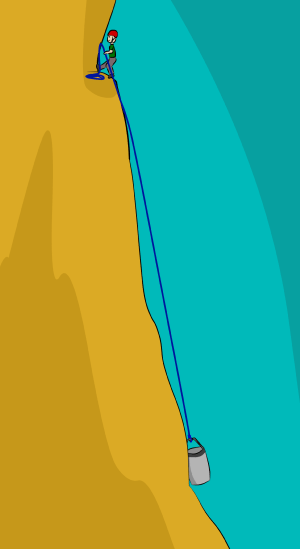 The haulbag acted as a counter-weight as I descended.

But only because it was stuck, not because of its weight (it was almost empty). 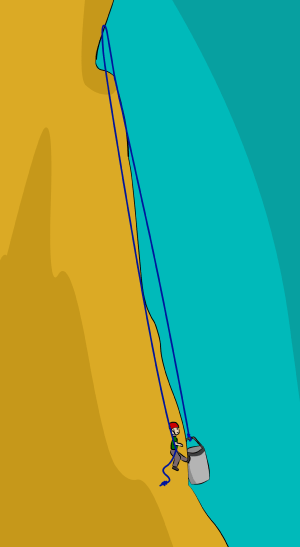 I pulled the haulbag free, then realized my sixth bad decision the moment it slid away from my fingertips.

The fall started slow. I tried to keep pace by running down the rock but I immediately tripped over and forward-rolled down the wall in a tangle of slings, screams and wide-eyed terror. 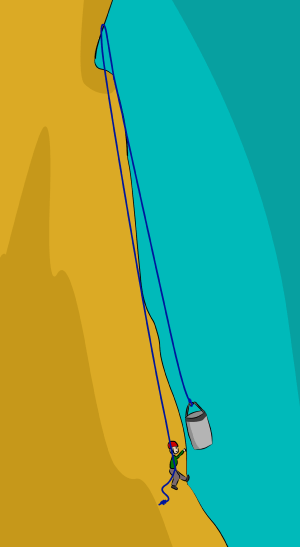 The haulbag picked up speed exponentially and was soon rocketing up towards the belay, while I tumbled out of control.

Luck was on my side. Instead of hitting ledges and spiky blocks, I fell in between them. The haulbag jammed into the belay and I survived the 30 meter fall with just a few scrapes and a bruised ego.

I continued up, teetering on the brink of a peculiar kind of madness. A few pitches higher, I found an ancient gallon of water on a small ledge. I sat there and drank the whole thing. Life became good again and I made it to the summit.

It’s a good skill to be able to catch yourself making that first bad decision. Think about how this decision narrows your choices further on in the climb and the problems it may create. If you can master that, you are well on your way to having a safe climbing career.

Risks are part of the climbing game. Falling is an obvious risk, but others are more subtle.

For example, if you don’t know how to escape the belay with your chosen setup, you risk being unable to help your partner in an emergency.

The more problems you can solve, the more ‘risks’ you can take.

This doesn’t mean you can climb more dangerous routes. It means you can climb bigger routes in more remote places while being competent enough to solve any problems that you may encounter.

Before making a decision, ask yourself this: If you take the risk and it doesn’t go in your favour, can you solve the problem that it creates?

Climbers often make decisions differently when tired, hungry, cold or in a rush for whatever reason.

Shortcuts are made. Safety is compromised. Accidents become more likely to happen.

In some situations (such as finishing that final pitch when a huge storm is just starting), it can be safer to cut corners and speed things up. However, in most situations the safer option takes longer.

It is important to understand why you are making a potentially dangerous decision. Have you ever abseiled off a poor anchor because you were cold or tired and wanted to get down faster?

Having the ability to make good decisions when exhausted is a great skill to have.

Most accidents involving leader falls happen because the leader did not protect the route as well as they could.

Protection was available, but the leader either placed gear poorly or chose not to place any when they had the option.

There are three types of climber who do not protect routes well:
- Beginners (because they haven’t yet learnt how to place gear properly)
- Competent climbers on easy routes (because the chance of falling is near zero)
- Over confident climbers (because they are trying to appear competent to their belayer or impress whoever is watching)

Climbers often mistake confidence for competence, or to put it more simply – how good you think you are with how good you actually are.

Being overconfident is fine in a safe environment, such as the indoor gym. Confidence will cause you to try hard moves and improve your physical technique.

However, it will not cause good gear placements to appear when you need them, or that loose flake to hold your weight when you stand on it.

Being humble about your ability and immortality will help you make better decisions and prevent problems in the first place.

It is often seen as more heroic to climb a route in a more dangerous style, with the ultimate heroes being those who can free-solo everything.

The climbing media only reinforces this message. Photos of helmet-less climbers and videos of Alex Honnold free-soloing El Cap may be impressive to watch, but it encourages everyday climbers to adopt poor safety standards.

It’s important to understand why you are choosing a particular style of ascent. Are you doing something dangerous because you are competent?

Or are you just trying to be a hero? 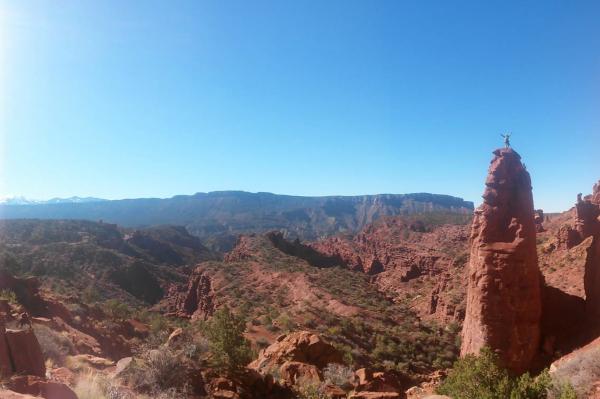 It is essential to practise the techniques described on this website before you actually use them in real life situations. You should aim to reach a level of competence where you can set up any system without needing to refer back to this book.

Some of the skills can be practised at ground level (e.g: tying knots or building anchors), whereas others require a top rope to be set up. This could be done inside at the gym or outside at the crag. Many skills can be practised with the same top rope. For example, with a single rope fixed to an anchor, you can practise the Z-abseil, tandem abseiling, the carabiner brake, abseiling past a knot and prusiking.

However you choose to practise, always go with a partner and always make sure to back up any system which you are not familiar with. 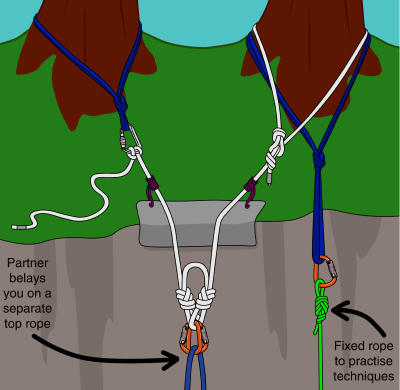 There are thousands of poor situations you could encounter when trad climbing, most of which do not have a textbook solution. At the crag or in the mountains, there are an endless amount of ever-changing variables. Problems may be solved much differently depending on what gear you have available, how windy it is, how close you are to the ground or how loose the rock is. These website articles introduce the basics of problem solving and encourage you to develop the flexibility to craft a solution for each unique situation.

However, this website alone is of limited use. An essential part of the learning process is to go to the crag with your climbing partner and physically practise the techniques described. Challenge each other to improvise different solutions for each problem. The more times you solve similar problems with similar variables, the easier they are to solve again. Over time, these common problems will be solved subconsciously. When you combine the theories with real-life practise, your decisions will, hopefully, start to get better and become more subconscious. That is the aim of this website.

See you out there,