Attaching to the Anchor: The Top Shelf

To free up space at the central point, you can clip in to the ‘top shelf’ of the cordelette. This is useful when:
- Belaying in guide mode
- Using a redirected belay
- There will be more than one other climber attaching to the central point

Step 1
Cinch the cordelette tight and attach a screwgate to the central point. This ensures the knot cannot roll.


Step 2
Clip each individual loop of the cordelette with another screwgate. 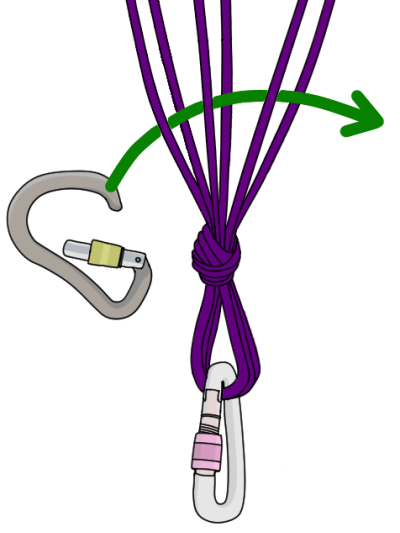 Step 3
Attach yourself to the screwgate. 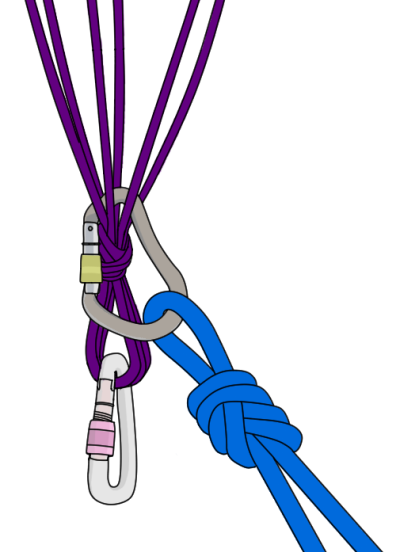 Warning
Make sure you have clipped through each cordelette strand individually. 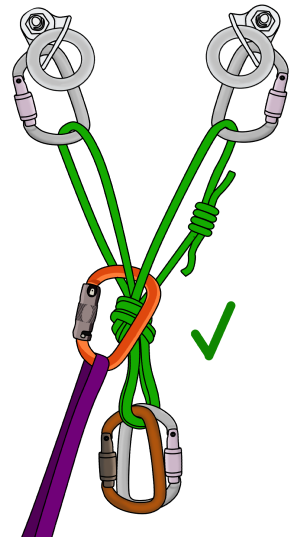 It is dangerous to clip around the strands as shown. 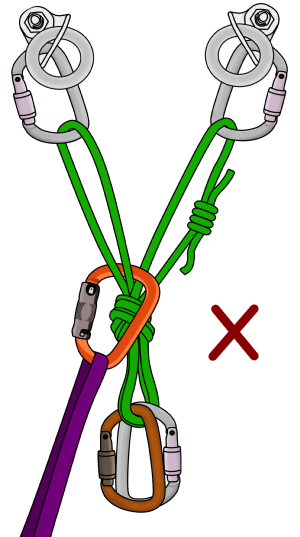 If one part of the anchor fails, you will become completely detached. 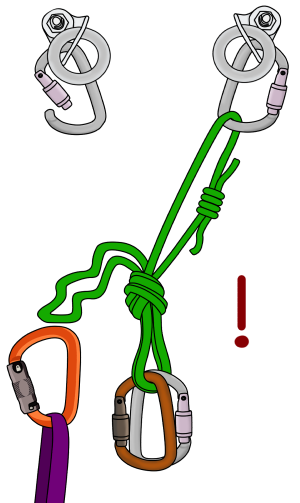 Attaching to the Anchor: Slings, PAS and Daisy Chains

Slings
Slings are designed to be used with a dynamic rope in the system to lessen the impact on them.

Much higher forces can be generated when they are used alone. 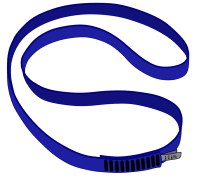 Attaching to the Anchor
It's only safe to attach yourself to an anchor with a sling or a PAS if you won't be moving above it (such as when setting up an abseil).

If you fall when above an anchor (even if you are only a foot above), unusually large forces will be generated. This is because slings do not absorb much energy – think of it as similar to falling when attached to a length of steel cable. You can damage internal organs with just a 10kN force – falling onto a sling directly is likely to be much higher than this.

It could also break the sling, or the anchor. If there is any chance that you will move sideways or above the anchor, make sure to attach to it with the rope. 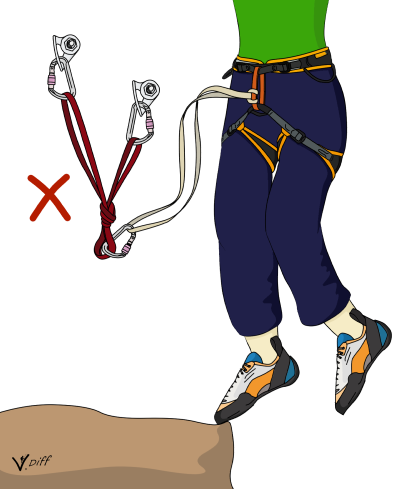 Daisy Chains
Daisy chains look and function in a similar way to the PAS, but they are only full strength when clipped end-to-end. 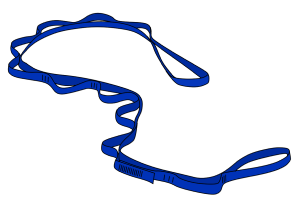 The stitching between loops on daisy chains is very low strength.

If you connect to an anchor by clipping a carabiner through two consecutive loops, the stitching could break, causing you to become completely detached from the anchor. 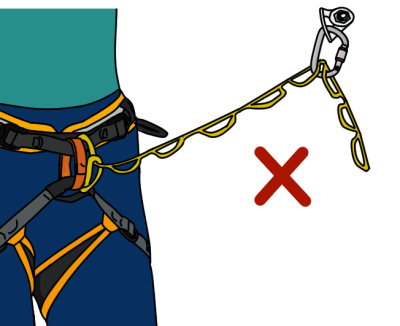 Adjustable daisy chains are not full strength (usually rated to around 5kN) and should never be used as your primary anchor attachment.

Attaching to the Anchor: Common Mistakes

Tying Clovehitches on Snapgates
Part of the clovehitch could easily snap through the gate, making the knot useless. Never tie clovehitches on snapgate carabiners. Use a screwgate, or two opposite and opposed snapgates (see below) instead. 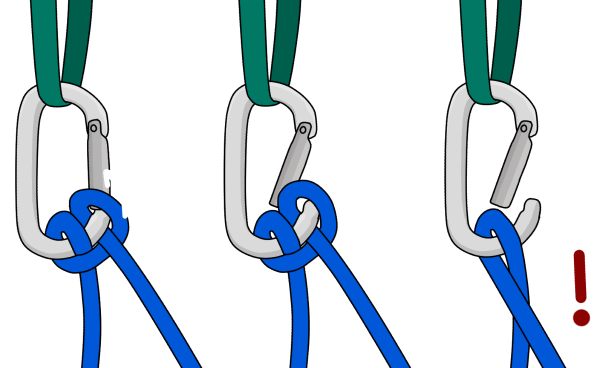 If you need to attach more than one knot to an anchor, use a separate screwgate for each. 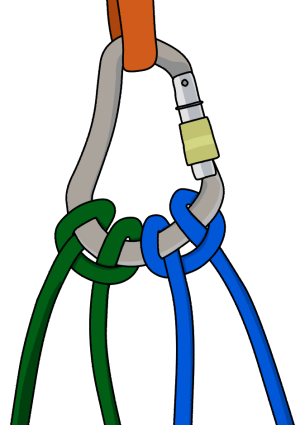 Non-Equalized Anchor Attachment
If one bolt fails, everything will swing onto the other bolt. This presents a real danger of losing control of the belay.

It is much safer to equalize the anchor as shown here. 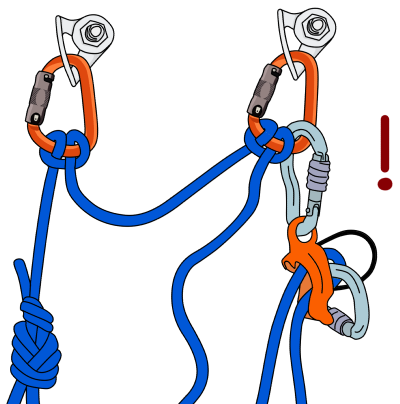 Clipping Snapgates Together
A slight twist can cause the carabiner’s gate to open.

Instead, use a quickdraw, sling or screwgate carabiner depending on the situation. 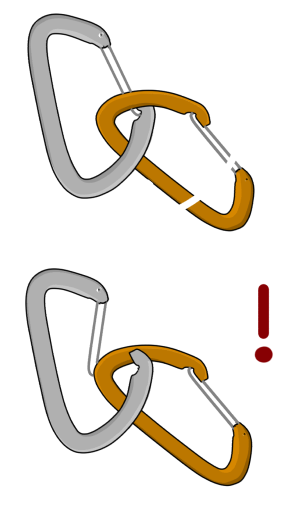 Attaching to the Anchor: No Screwgates?

If you need a screwgate but don’t have one, you can use two ‘opposite and opposed’ snapgates instead. This is useful in situations such as attaching to an anchor.

This is a common incorrect carabiner alignment. If one carabiner flips around, both gates could be pushed open at the same time. 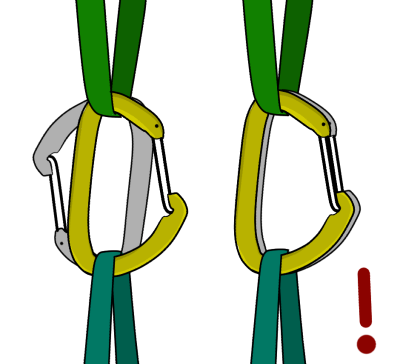